On Relationship Matching 3 – Mahathir and Muhyiddin 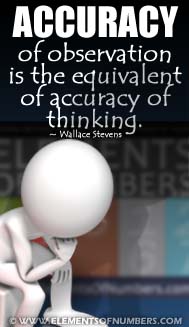 Of late, there were online media reports  (like this one) about the tensions rising on legalities and political issues between them. That (the disputes and legalities) is an external matter, outside the scope here.

The Elements of Numbers (EON) method and the FEON+ software is not designed for political forecasting. Rather, the EON method is developed as a behavioural method to check on an individual person and life path (future date, forecasting) tendencies; and as well as using it as a relationship profiling tool to determine the strengths of the connection bonds between two or more people.

As with any profiling analysis, what you’re about to read is based on the numbers and patterns in the various charts. A person’s behavioural states may change at any time, and mostly be influenced by outside factors and self-limiting beliefs. Hence, the traits and events mentioned later, are inconclusive. This means what I’m about to share, might not hold the complete observations to their  mindsets, feelings, and behaviours. And should what I’m about to describe, is similar to what many people have observed, that’s mainly because my observations, understanding, and interpretations on the tendency signs were based on the Elements of Numbers (EON) method of profiling.

Take a look at the screenshot, taken from a WIP (work-in-progress) Pro edition of FEON+ v2 software. The 1-2-3-5-4-9 pattern shows challenges (stumbling blocks, obstacles) and opportunities (when flexibility and amicable solutions are agreed for the common good) between Mahathir and Muhyiddin. We could interpret the 1-2-3 pattern, from a political perspective, as [Leader – Express – Act Fast]. It somehow portrays the “I can communicate and delegate best, and get things done quicker and better” kind of situation. The issue is, who is this “I can act in a superior way” in this R/C chart?

Hence, a start to the debate between both to battle on who can perform better. Now, regardless of who can do better, there is still another issue – the 5-4-9 pattern, suggesting challenges ahead. When properly handled, it could be about opportunities for growth and accomplishments.

In short, the R/C chart could indicate that while there could be passionate vibes to attain political stability, the battle and disagreement between them could create unnecessary obstacles forward. For political leaders, we would usually associate the number 6 with political, financial, economic, and domestic stability. And that’s their intention: 1-2-3 = 1+2+3=6 (stability). Hopefully, they can compromise, work as a team and arrive at amicable solutions, and transform the number 5’s stubbornness into opportunities for potential growth and strengths, in sync with their shared vision for the country.

Now, what does the “R/C Elemental Strengths” radar-chart suggest? Well, it depends on which angle you’re looking at. When I applied using similar steps as in my earlier article, I could first identify the Birth Root element of the individual. In this case, Metal element is strong, and followed by Water element. When we apply the Five Elements principles, Earth (number 5) “produce or support” Metal (output). This implies; to Muhyiddin, it could be about his leadership accomplishments. On the other hand, Metal element supports Water, which implies; to Mahathir, it’s entirely about his resources – knowledge and experience. 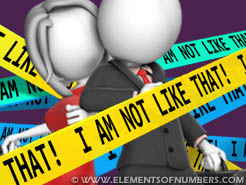 In advanced EON method, I’ve shared with FEN (Five Elements Numerology) students that we could associate the Water element as a communication medium towards achieving our goals. Thus, to Muhyiddin, it’s all about him showing off his abilities and leadership skills to achieve his goals. And for Mahathir, it might be about relying on his years of experience to reinforce his leadership, and possibly, for self-intent. Well… Mahathir has Birth Root 7, and that’s Water element. As such, from an EON perspective based on Five Elements principles, it could suggest a self-sacrifice tendency for one person, and self-serving tendencies for another. Yes, the self-beneficial gains are there too since, we can associate this “self-whatever” with the 8-7-6 pattern which is present in both birth charts. However, Mahathir has the criss-crossing 8-7-6 pattern in his chart, and this could suggest a left-right (like a Yin-Yang, positive-negative influencing effect) confusing and yet distracting mindset to sacrifice and serve others unreservedly; and/or to serve others for self-gains. It’s like the phrase, “left and right sides, both… I want to take because I know what’s the best” kind of tendencies. When not properly managed, the self-preserving and greed-like mindset could take control of the mind; influencing the person’s subsequent behaviours and activities. 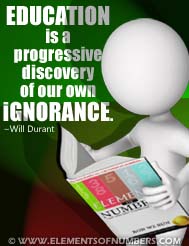 We can also associate the number 6 with mental capacity (self-ego, pride, and confidence), finances (money, responsibility, and home/love), and power (authoritarian, egotism, command and control). When there are too many number 6s in a person’s natal or birth chart, it could mean excessive, overbearing, and manifestation of the negative tendencies.

The Compatibility Year Chart (PY2020) shows the 1-8-9-8-9-1 pattern. As reported in many past articles, we could associate the 1-8-9 (or any combination sequence of the three numbers) with the perfectionist-like tendencies. This implies; both have strong views that they are the perfect leader to head the country towards better stability.

Oh, one more thing… the 1-2-3 pattern is also present in their Compatibility Day Chart. And the criss-crossing 1-2-3 patterns are suggesting the political game battle between both, have started.

Current registered users of the FEON+ v1.x software can always plot the Malaysia-Mahathir chart, and Malaysia-Muhyiddin chart, and examine the R/C charts of both, to find out the tendency signs, including the potential positive and negative vibes. You also need to find out on their personal charts (Birth and Personal Year) to identify likely influences on their behavioural states, which could eventually affect their relationship strengths.

Let’s all hope for an amicable solution… for the common good of Malaysia and her citizens. Put aside the self-egos, pride, and “I know best” mindsets. They need to work cohesively as team members rather than opponents, face the challenges together, and strengthen the country’s political, financial, economic, and domestic stabilities.