Charles on His Compatible Mate

In my earlier article “Charles on His Tendency Patterns”, I mentioned Charles wanted to know more about his relationship with his girlfriend and his Time of Birth chart.

Let’s look at Charles’ Birth Chart again. As you read further, there could be references to the earlier Part 1 article. Do check on it if necessary and try to correlate what’s mentioned here with those stated in my earlier article.

He’s currently at the stage where the success goal is forged into his “vision board”. He could be compelled to made plans, but the fear and risk could create a stumbling block from chasing his goals.

He tends to worry unnecessary, usually for others. The responsible and worrisome nature turned into frequent stressful moments for him. He could have experienced signs of mental and emotional stress especially during these periods.

Charles need to relax, control his emotions, and focus on the actions to achieve his career goals.

In this fast-paced modern life where changes are often made, being a perfectionist may do more harm than good. What’s more important is your happiness, your health and your life.

Charles then asked “If there is 8-4-3 in both party, does it means both will surely separate?”

Both Charles and his girlfriend (let’s call her Melinda) do have the 8-4-3 number combination in their natal Birth chart, and at the exact location P–Q–R.

It doesn’t imply a confirmed separation or divorce should Charles and Melinda decided to “tie the wedding knot”. Both parties must learn to trust, allow space, communicate, adapt, and be truthful to each another. With a common and cohesive goal, their relationship may work out well.

There are signs indicating frequent fiery and temperamental mood. Look at the 4-4-4 in Melinda’s Birth chart. It implies an emotional and stressful person. Unless she can control her anger and emotions properly, the frequent harmless little spark could ignite into fiery wildfire.

They could “click” well and have lots to talk and gossip. To some extent, they could be “talking until the cows come home”. Most likely, it’s about their plans, finances and material wealth. As long as both parties understand their needs and wants, the relationship can remain as long as they want. They should stop talking about their plans and carry out them instead. When both parties perform happier tasks together, the bond would be stronger. Charles should be aware of Melinda’s traits and characteristics. It’s entire his choice whether they should remain as friends or as a married couple.

On a separate topic, I received a promotional email from a popular Feng Shui professional. In her email, she mentioned that her MPC online course won’t work for everybody. She said, “As a matter of fact, for people who don’t want to take action and continue to just “dream” about a better life with true wealth and happiness… then this isn’t for them and that’s a shame”. She also mentioned “I can’t help everybody… but for people who do take action and are willing to follow my directions and put in a little effort… I know they’ll get outstanding results. Their lives will change almost immediately.”

When I read the email, I understood and agreed with what she’s said. I could relate to her eagerness to help others to start taking action to improve their own life and not relying on others or social welfare aids to help them. Take the case of my forthcoming EON Workshop this Saturday 25 June. It is for PON Mastery Level students, or anyone who learned the “Power of Numbers” (PON) or similar numerology courses. I understand how hard it can be to remember number patterns “by heart” and people, including myself, do forget them at times. I realised we need to understand the concepts correctly so we need not force ourselves to remember the number patterns to identify traits. An analogy here – applying a maths formula is much easier when you know how the formula was devised. Once you can achieve that, you will discover you have wasted too much time chasing after the number patterns. Instead, you could have spent more time improving your life and that of others, with the ‘visual knowledge’ in your head.

I’d be sharing my “visual” technique with those lucky ones who are attending the EON Workshop this Saturday. I know it’d be one good interactive visual and enjoyable learning experience for them.

Time is running out. If you are still wondering whether to attend the EON Workshop, decide fast. It’s only a few days left. There are no plans for a 2nd workshop in the coming few months as my main focus is still on EON research.

I have opened the door of opportunity for you to know more about life path profiling and identification techniques. You can analyse beyond the basic science and power of the numbers. Call McCoy now at 8356-0179 to register.

The choice is yours. Make it the right choice. 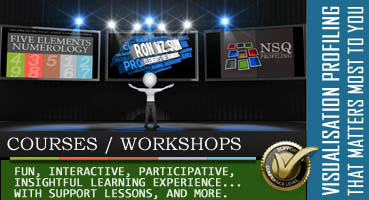 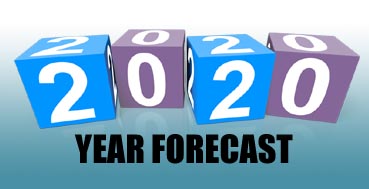